More like this please: killer early 80s synth-heavy gothrock outta Finland, recently given the vinyl reissue treatment via . So, so good; such a shame I only just heard about them a few weeks ago.

Autumn is coming; you can feel it in the air, smell it in the breeze. Norra Kust provides the perfect soundtrack.

MP3: Årabrot - The honour of silence

Without getting into their politics¹, I have to say that I just don't like Death in June. But I do like hearing people cover them. They are just one of those rare acts whose works are almost always improved upon by others and Årabrot's take on "The honour of silence" adds a crucial, austere heaviness that the original lacks. They take it a step further too, adding a 7-minute reprisal on the end of their new EP "Mæsscr", stretching it out into an endless parade of droning drums and wordless refrains. Go see them in UK next week, I'm sure it'll be killer:

Årabrot - The honour of silence 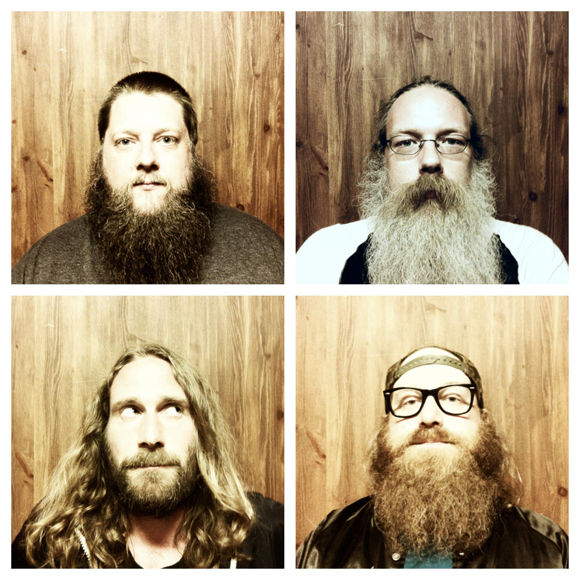 One of the biggest frustrations from my recent trip to Sweden: you can't be two places at once. It's also impossible to see/do everything and nor should you try, but that doesn't mean I'm immune from regret. So, sorry to the friends I didn't connect with! There will be a next time. And howabout Randy playing West Coast Riot in Göteborg? Oops, I was in Stockholm. Cosy Den? Nope, gotta be back in Göteborg that night. The Holy Ghost's live debut at Lilla Hotellbaren? No way, that was actually the day we landed... in Göteborg, naturally. I would've loved to have been at that one too, especially now that I've gone back and revisited The Holy Ghost's 2011 demo tracks -- I've been eager to check them out ever since ex-Trapdoor Fucking Exit/Java/Ashram member Jens Åker announced the project some years ago and now that he's got a full live band together, I'm even more excited about it. Even better: they'll be going back into the studio in a couple weeks to record again and I've been told the revamped lineup w/2nd guitar adds a whole new dimension to the band. So once again, let us revisit that old demo and look forward towards what's to come.

It's been ages since I've heard from Jeppe Foldager, frontman for "Reader's companion" alums The First Miles, but now he's back at long last with a new band called The Dead Radio. Less Americana-influenced than his previous act, but just as solid. A bit more ambitious perhaps? They're definitely going for a bigger, more grandiose pop sound, that's for sure. Check out "Make it easy" below and then head to their website for another cut.

The Dead Radio - Make it easy

I'm leaving for a 2-week jaunt to Sweden this coming weekend and am utterly and completely overwhelmed with work I need to finish before I depart, so please forgive me while I concentrate on the things that need doing. Not that there's a whole lot going on right now to report anyway, but expect little-to-no updates before August and enjoy a nice little classic tune from Umeå favorites Isolation Years in the meantime.

I can think of no better to celebrate America's Independence Day than by listening to Cold War nostalgia as rendered by Finnish apocalyptic deathrockers Beastmilk. For those of us who came of age in the 80s -- an era of nuclear prep drills and scaremongering movies such as "Red Dawn" -- we are all "Children of the Atom Bomb".

Beastmilk - Children of the Atom Bomb

Speaking of pyramids, I like to imagine that this song is a direct expression of old-man-clouding over the modern era of tumblr-meets-witch house-style content-less/geometry-obsessed internet youth culture, which I suppose could be totally plausible considering Odyssey's own old-school, Geocities-style website, but I strongly suspect I am off the mark. Regardless, it's a good tune and I'm really into the recording which was done at Studio Hufvudstaden in Söderköping, a fact I gladly didn't discover until I had already made up my mind about it. Makes sense though- much like Maim who also recorded there, Odyssey's album "Abyssmal despair" sounds extremely rugged and dirty while still somehow retaining every instrument's place in the mix without ever getting muddy. Aside from a few minor overdubs, I bet this is an incredibly accurate representation of what these three dudes sound like jamming in a room together. In other cases I'm all for using the studio as its own instrument, but it makes perfect sense for a group of heavy jammers like this.

MP3: The End Will Be Kicks - Exit ramps

So I busted out The End Will Be Kick's 2005 self-titled debut not too long ago after letting it collect dust on my shelf for way too long and was glad to discover that age had not dwindled its greatness, not even in the slightest. Real talk: Guitarist Niklas Quintana's career with the acts Him Kerosene and Breach would have been more than enough to seal his legacy; his work with the supremely underappreciated TEWBK was the victory lap you didn't know you needed (you do). As far as I'm concerned, dude can now rest on his laurels and enjoy being a dad and a regular citizen without recording another note because, even if far few people listen to his records, his body of work still towers over the rest of the Swedish indie scene now and forevermore.

The End Will Be Kicks - Exit ramps

MP3: Donkeyboy - Out of control

Look, while I may sometimes give off the vibe of someone that typically only listens to brutal hardcore and harsh industrial noise, I will never, ever deny the appeal of a quality pop record. My favorite so far in 2012: Donkeyboy's "Silver moon". The first single didn't wow me initially, probably mostly due to the weak video, but I've since come around and have had the entire album on semi-steady rotation for some time now. I also can't deny that their name is terrible and the lyrical content even worse, but just listen to all those hooks they borrowed from Quincy Jones! I doubt these kids were even alive when he was at the top of his game, but whatever -- this is pop music, not rocket science.

New music from Shadow Shadow, a mysterious Swedish act whose membership I am not yet at liberty to reveal, though I suspect some more astute listeners may be able to discern at least some of the components. "Riviera" is but a taste of what's to come -- an entire album is finished, they just need time to figure out how they want to release it and when they do, I will be sure to let you know. Very recommended!

MP3: Pretties For You - Silver lining

Give me an epic indierock tune with expansive pop hooks and a masterful sense of dynamics and of course I'm going to be impressed. It's a formula that can be easily codified on paper, but that doesn't mean it's so easy to replicate, though plenty of Swedish artists -- Magnus Ekelund, We Are the Storm, Pixie Carnation to name a few -- have definitely hit the mark at least once. Now add Pretties for You to the list; the title track of their new EP "Silver lining", just released today via , is a sure-fire qualifier. They take their time getting to the chorus payoff, but it's worth it.

Pretties For You - Silver lining

Straight out the gate on their new album "Rastlös och vild", Nitad is in full-on bulldozer mode, leveling everything in their path with Pissed Jeans-style riffing and unhinged vocals. They pick up the pace for much of the rest of the LP, but I remain partial to these heavy, mid-tempo moments which show the gubbestyrka in full plumage. Easily a top-10 HC release for 2012.

Saw Vånnna Inget play a basement in Seattle on Saturday night and they absolutely killed, pretty much exactly as I expected. They played every song I was hoping to hear and then some, including an impromptu encore -- yeah, it was that kind of show and yes it was that good. Locals Big Eyes were pretty great too, shame that I slept on them for so long now. My only regret: failing to order the band's new 7" EP "Jag ska fly tills jag hittar hem" from Havoc with an order I put in a couple weeks back since I figured I could get one direct from the band. No dice! The Canadian pressing made it to Oakland a day late, so I got nothing. Good thing it's available on Spotify though!

Infectious in the best possible way, not like a dreaded sommarplåga or a social disease. In fact, all three songs from the new single "Supernova", including brilliant b-side covers of Vapnet and Bingo, are phenomenal. Likewise, so is Magnus Ekelund & Stålet's upcoming full-length "Det definitiva drevet". Same goes for labelmates Norra Kust, whose self-titled debut was just released today and is now on Spotify. Essential listening all around!